National unity government? No thanks! 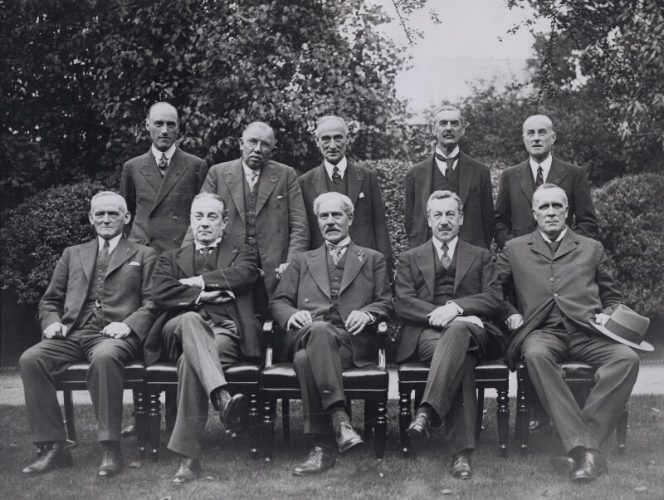 I’ve got a lot of time for Labour’s deputy leader Tom Watson — but his hints that he might serve in a “government of national unity” to solve the Brexit crisis are very unwise.

It would be seen as a declaration of war against Labour Party policy, discipline and the entire ethos of our movement. [Update: after this article was published Watson publicly ruled out joining such a government on the Andrew Marr Show]

Only twice have Labour politicians entered a national unity government: the first in 1931 was a catastrophe, the second — in May 1940 — won the war and paved the way for Labour’s victory in 1941. Watson’s proposal is of the 1931 variety and would — as it did with Ramsay McDonald, destroy any politician who took part in it.

Let’s out the real crisis we’re in…

But a government of national unity is not that way.

The way forward, between today and 12 April, is for parliament to decide on a course of action and force it on the executive. If the executive can’t execute, in the unwritten constitution of Britain, it must resign.

So in parliament this week Labour should back the Common Market 2.0 and Customs Union proposals only — and this is critical — if they are inseparably attached to a Second Referendum.

Because the CM2 and CU proposals are not party policy, there should be a softer whip applied to them… but a very hard oneto persuade the 27 Labour MPs who did not support a referendum this time to do so now.

If parliament votes for CU plus the second referendum — the most likely outcome — May will have to go to the Queen and tender her resignation. It’s then that the monkey-business begins.

Because of the self-serving Fixed Term Parliaments Act, once May resigns, Corbyn has two weeks to form a government. After that there has to be a general election unless the Queen intervene in politics and brokers a national government.

Before we even explore this scenario, it is not technically possible because there are only 12 days to go before we exit the EU with No Deal.

So May could, if she fails on MV4, short-circuit the process by resigning personally as PM, leaving Lidington as a caretaker to form an interim Tory government. He would have to immediately a) request a long delay to article 50 b) commit to taking part in the EU elections. The whole thing would be a disaster for the Tories, probably splitting them and ensuring they’re out of office for a generation.

Destroying the Tories as a governmental tool for the British elite is the prize — and all talk of a national unity government is designed precisely to stop it happening.

Any Labour politician who wilfully throws away the chance to eject this government of austerity, militarism and gestapo-like cruelty to refugees and the poor should be prepared to wear the badge of traitor for the rest of their political careers.

A national unity government would be billed as short term. McDonald’s son records him saying it would last 5 weeks. But they never do.

National governments are effectively a coup by MPs against democracy.

They should be considered only when there is a real threat to national security — as in 1940 when half the Tory party wanted to throw in the towel in the fight against Hitler.

What would this national unity government do that a Labour-led coalition could not? Staging a referendum is Labour Party policy — and any backsliding will be punished and reversed by the upcoming party conference process.

Once you cut politicians loose from democratic accountability and discipline of parties they become effectively the representatives of the ruling elite.

Watson and fellow prospective coalitioner Yvette Cooper have reinvented themselves as the right wing of a party that has moved profoundly leftwards, and it’s been gratifying to watch. Cooper voted for every act of military aggression ever touted. But as a passionate fighter against the Tory Brexit deal on the backbenches, she’s been excellent. That’s what the discipline of political parties with an activated membership can do.

The real agenda behind any national unity government would not be getting over the short-term glitch of having to organise a referendum. It would be to keep Jeremy Corbyn out of office. When quitters like Ian Austin and John Woodcock claim Corbyn is a “threat to national security” and pledge to keep him out of office, they’re only expressing a wider view among the Cold War leftovers of the Labour right.

Watson and anyone who joined him would, no doubt, be rewarded by the rich, just as McDonald and his pro-austerity chancellor Philip Snowden were for the rest of their miserable careers.

But they would split the Labour Party — leaving the NEC no alternative but to expel them quickly select candidates to stand against them in any snap election.

In May 1940, when Attlee joined Churchill’s new national government, there was the real and present danger of a fascist invasion. Even then, Attlee had to go to the Labour Party Conference, which was coincidentally meeting in Bournemouth, and get a resolution passed. Even then there was strong opposition from the left, which mobilised to place demands on the incoming government: demands that delivered the Beveridge Report and the welfare state.

Today is completely different. The Brexit crisis we’re living through is self-created by the Tories, and like all moments of crisis in the freemarket system, designed to enhance the grasp of rich people over the levers of power.

A national unity government including Watson (or any other Labour MP), Grieve and Chuka Umunna would have no roots: no roots in the vibrant, mass labour movement we’ve created. No roots in Toryism. It would have roots in the investment banks and commercial law firms of Canary Wharf.

It would rightly be seen — by many people who passionately believe in Brexit — not only as alien to British constitution, but contrary to our national interest: a creature and puppet of Brussels.

Labour does not need a national government to save Britain. It can do so either on its own, or with a coalition of progressive parties.

The way forward this week is to go on voting down May’s deal, and to fight for a second referendum as the condition for any Brexit proposal passing the commons.

…* If you’re reading this and feel powerless to affect the outcome, don’t: sure, most MPs are being bombarded with so many bot-generated emails they’re barely reading them — but you have an MP and they have to listen if you communicate. If your MP is Labour, call their office and tell them to stuff the idea of a national unity government and back a second referendum.